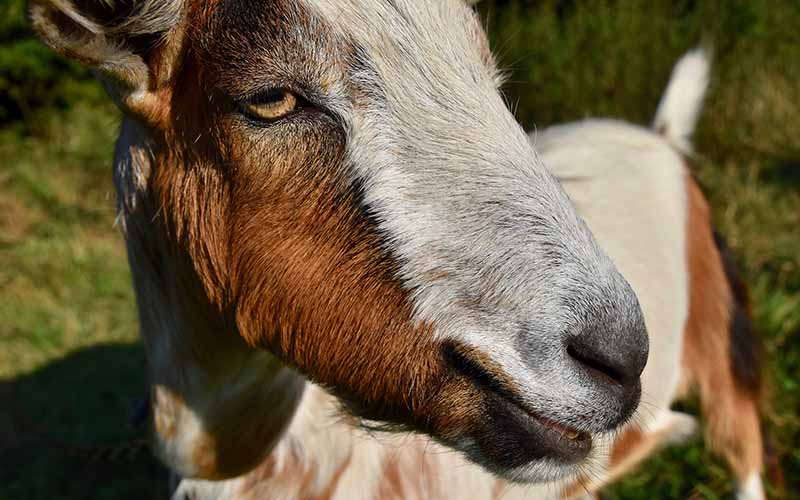 Sheep myiasis is also called sheep myiasis. It is a kind of myiasis caused by the parasitism of the larvae of the sheep fly larvae in the nasal cavity and the nearby sinuses of the sheep. The disease mainly harms sheep, and occasionally human eyes and nose are affected. The main hazards to the flock are carcass weight loss and reduced production performance.

After the larvae are formed in the body, the female flies fly to the sheep in the pastures or pens in hot weather, suddenly rush to and drill into the nostrils, and lay the larvae in or around the nostrils of the sheep, and the larvae pass through the mouth The anterior hook is fixed on the nasal mucosa, crawls into the nasal cavity, and slowly migrates to the deep part of the nose, parasitizes in the nasal cavity, frontal sinus or sinus for 9 to 10 months, and gradually develops into three-stage larvae, which then slowly migrate to In the shallow part, as the sheep sneezes, it falls to the ground and emerges as a fly after pupating.

When adult flies invade the flock to produce larvae, the flocks are disturbed and crowded, shaking their heads, spraying their noses, or turning their nostrils toward the ground, which seriously disrupts the feeding and rest of the sheep, causing the sheep to grow poorly and gradually lose weight. When the larva settles or moves in the nasal cavity of the sheep, the anterior mouth hook damages the nasal mucosa, coupled with the mechanical stimulation of the worm body, causes inflammation, bleeding and swelling of the nasal mucosa. At first there will be serous secretions, and then become mucopurulent. , There is bleeding. The nasal fluid dries up around the nostrils, forming nasal scabs, blocking the nostrils and making breathing difficult. Affected sheep are manifested by sneezing, shaking their heads, shaking their noses, rubbing their noses on fences or walls. Individual first-stage larvae can enter the cranial cavity or involve the meninges due to inflammation of the sinuses. At this time, neurological symptoms may occur, the so-called "pseudo-circumcision". The affected sheep exhibit dyskinesia and perform rotating movements.

The prevention and control of sheep nose myiasis should focus on eliminating the first-stage larvae, blocking the development of the disease, reducing its damage to the flock, and preventing the third-stage larvae from landing into pupae and then emerging into flies, expanding the scope of infection. The first-stage larvae are eliminated by using "dichlorvos" smoke to kill, and the effect is better. In addition, doramectin, iodophenol or ivermectin can also be used for treatment.

It is more difficult to eliminate sheep-nosed fly maggots, and it is necessary to have the concept of "prevention is more important than cure". When the temperature starts to rise, destroy the maggot pupae around the corner of the sheepfold and in the dark. In the epidemic season of sheep nose myiasis, replace the bedding and clean the feces in time to prevent the third-stage larvae from pupating in the soil or feces. Insist on regular disinfection. Sodium hydroxide or quicklime can be used. In the season when the sheep nose fly maggots are discharged, sprinkle some lime in the sheep pen to encourage them to sneeze and spray larvae for easy elimination.